Invest in agrobiodiversity for a food-secure future

What color is a peeled banana? Most would say something between light yellow and cream.

Sadly, few would know of, and even fewer tasted, the orange-fleshed banana, which can contain six times as much vitamin A as the white-fleshed Cavendish. The world offers a plethora of such little-known superfoods, which, when eaten as part of a diverse diet can offer year-round nutritional security, but have, nonetheless, been slipping into obscurity. 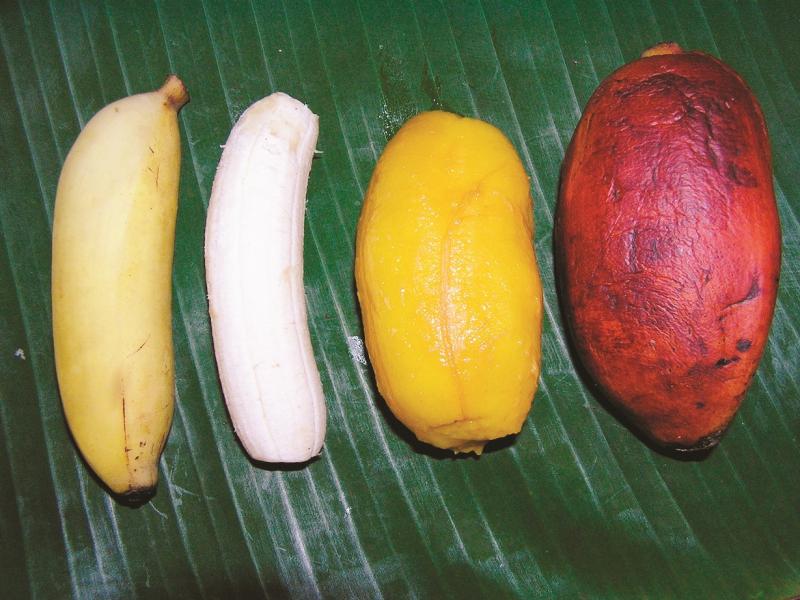 Orange-fleshed bananas can contain 6 times as much vitamin A as white-fleshed varieties. Copyright: Musarama.org

The Bioversity International report Mainstreaming Agrobiodiversity in Sustainable Food Systems warns of the risks associated with banking heavily on a narrow food resource base and calls for an increase in agrobiodiversity in both food production and consumption systems.

Agrobiodiversity, the biological diversity of food, is a largely untapped resource with the potential to transform our food systems. There are over 5,500 plants that have been used for human food, yet today just three crops – rice, wheat and maize – provide more than 50% of the world’s calories from plants. Though these may stave off hunger, they lack the vitamins and minerals that are essential for adequate growth and development. Such nutrients come from fruits, vegetables, and animal and vegetable proteins - in other words, from a diversified diet.

Many of these underused plants are under threat. Yet the potential loss of this precious agrobiodiversity rarely gets the international attention given to the charismatic megafauna such as pandas and elephants, also under threat of extinction.

Using scientific evidence, the report adjusts the spotlight to include agrobiodiversity and it’s critical role in improving the sustainability of food systems, reducing environmental impact, improving nutrition and helping food systems adapt to climate change. The report also compiles evidence on how diverse seed systems and conservation of genetic resources are crucial for sustainable food production. 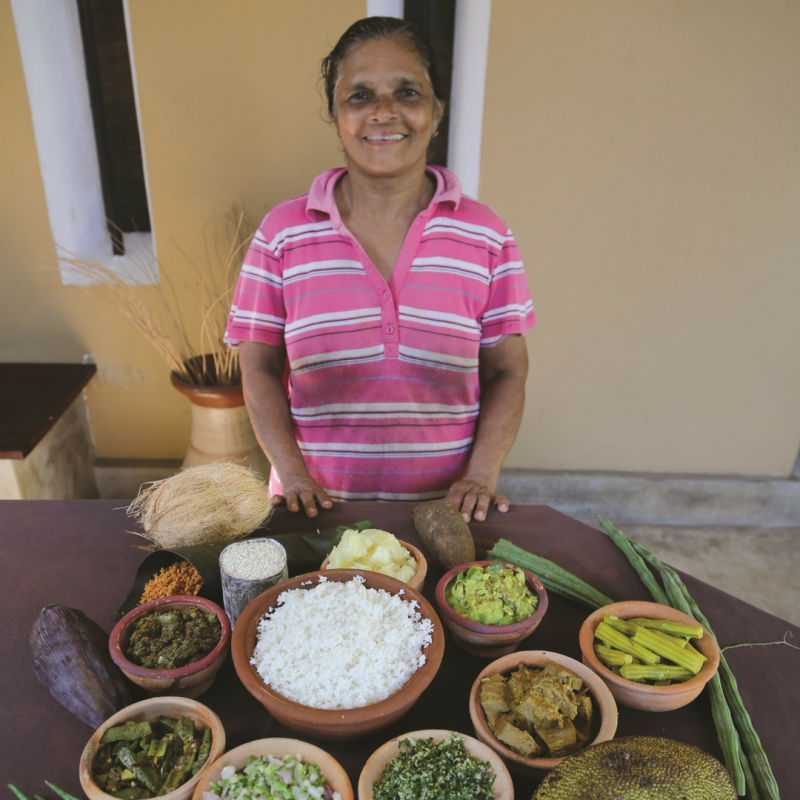 The book shifts our focus to nourishing the world rather than simply feeding it. In line with the SDGs, most apparently SDG 2, its discourse is unquestionably timely. World hunger and malnutrition are on the rise again, and the world population continues to grow causing mounting pressure on our food systems. Global hunger is affecting 38 million more people than the previous year, and a staggering 2 billion people are not consuming adequate amounts of micronutrients like iron and vitamin A.

Agricultural practices based on agrobiodiversity are about not only nourishing people but also the planet. As various crops and varieties are suited for various conditions, diversity among and within species increases resilience and creates a large pool of resources to draw upon to manage risks. These factors create opportunities for climate change adaptation, resilience to environmental fluctuations and restrain the spread and contamination by pests and diseases.

With access to a diversity of crops and varieties, farmers are more likely to cope with the effects of climate change. When quinoa proved to be susceptible to unpredictable morning frost occurrences in Peru, the farmers alternated with its cousin, the poorly known, cold resistant and equally nutritious cañahua. 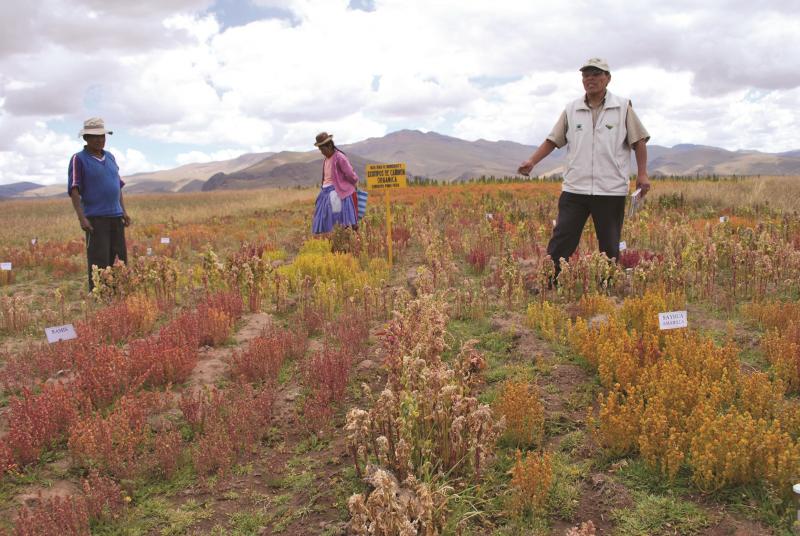 An increased variety of crop species can also transform the farm into a healthier ecosystem. For example, planting a mixture of species can increase soil nitrogen, reducing the need for inorganic fertilizers, and lead to higher retention of moisture and carbon in the soil, reduced erosion, and an increase in many associated useful ecological functions such as nutrient cycling. Not having to use strong chemicals on farms will also have a positive impact on the neighboring native vegetation such as forests and wetlands, which could then enjoy increased wild biodiversity.

Diversity in plants also reduces the mobility and chances of pests finding the target crops, while increasing the numbers and variety of predators and parasites that prey upon pests. Moreover, it leads to a larger number of diverse pollinators.

Additionally, Mainstreaming Agrobiodiversity in Sustainable Food Systems lays the foundation for the Agrobiodiversity Index, a tool to help measure and manage agrobiodiversity looking at diets, production and genetic resources. This tool will guide companies and governments in investing in resilient and sustainable food systems. 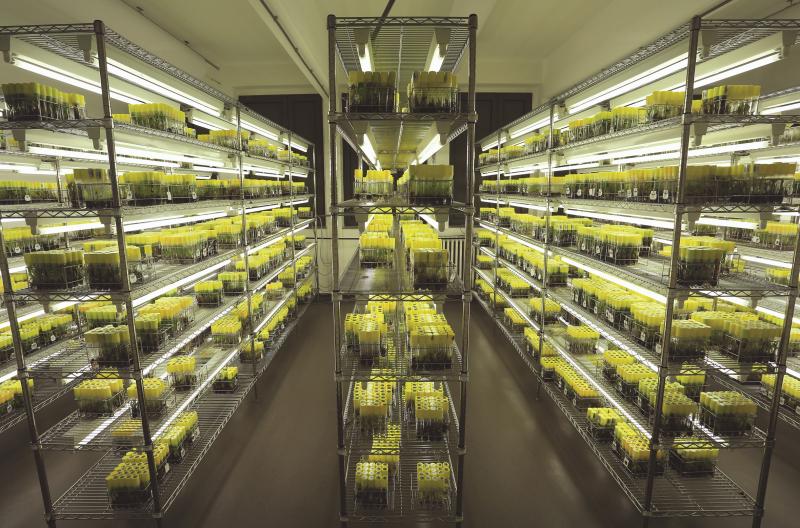 SDG2 does not stop at “sufficient” but includes “nutritious” and addresses how we produce food. In response, Mainstreaming Agrobiodiversity in Sustainable Food Systems demonstrates how rice alone is no longer enough, and that agrobiodiversity is a viable and powerful tool that can help us produce food that is both nutritious and sustainable. So as we struggle to save the endangered panda, we must value, protect and increase the diversity of our food sources, many of which are facing the same fate, if we are to keep the SDG2 targets within grasp.