Without access to safe, nutritious foods, populations are less healthy and productive, and countries are paying the price-- an estimated $110 billion a year in low- and middle-income economies, says new World Bank report. With investment in preventative food management, improved food safety from farm to fork can help deliver the Sustainable Development Goals. 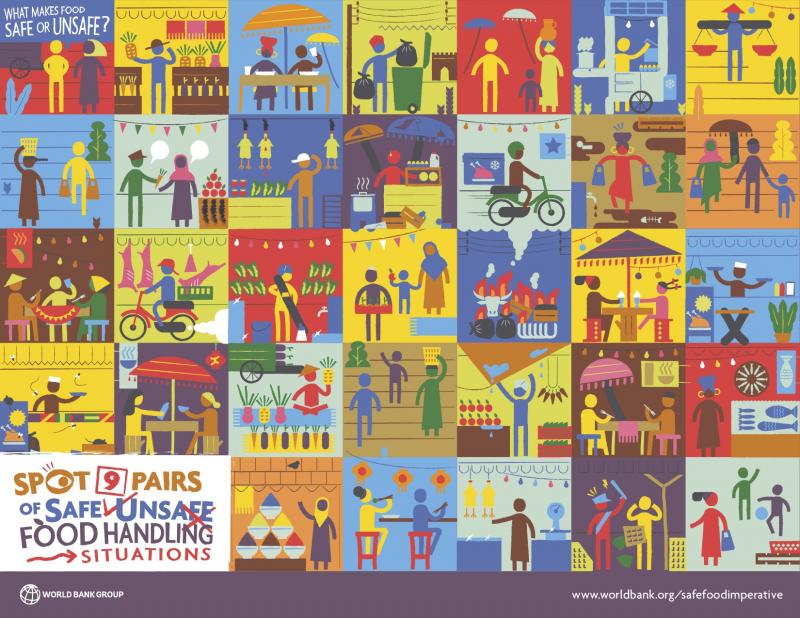 “The safety of food is vital for the growth of transformation of agriculture, which is needed to feed a growing and more prosperous world population; for the modernization of national food systems; and for a country’s efficient integration into regional and international markets.”

All people need access to safe, nutritious food to lead a healthy and productive life. However, in low- and middle-income countries, the consumption of unsafe foods caused 600 million illnesses and 420,000 premature deaths in 2010. New report The Safe Food Imperative: Accelerating Progress in Low- and Middle-Income Countries puts forward the economic case for investing in food safety by highlighting the resulting loss of productivity and an estimated $15 billion a year spent treating food-borne illnesses. At a country level, Figure O.2 estimates productivity loss due to unsafe food by country in 2016. 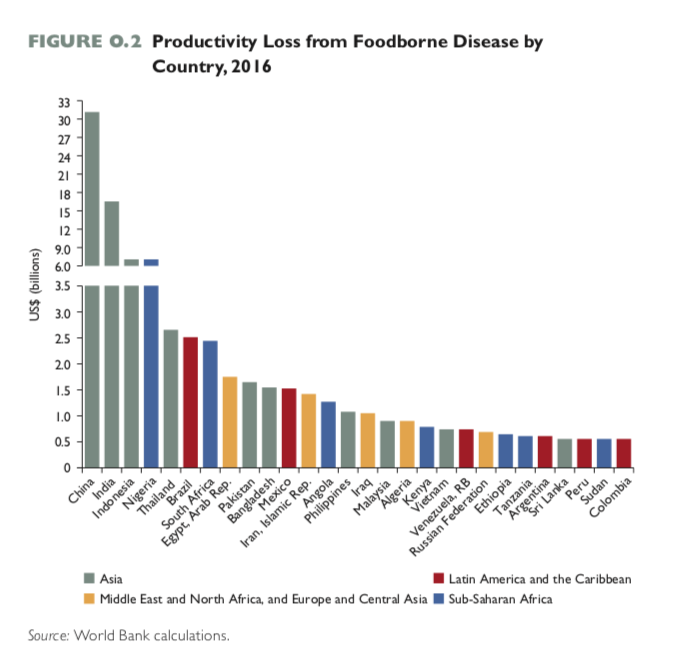 Children under the age of five are disproportionately affected by unsafe foods. Low- and middle-income countries in South Asia, Southeast Asia and Sub-Saharan Africa are among the most affected: these countries accounts for 41% of the global population but 53% of all food-borne illnesses.

“Food safety outcomes can be strongly influenced by policies, investments and other interventions. These alter the awareness, capabilities and practices of stakeholders, from farm to fork.”

Much of these costs are preventable with preventative measures that safeguard food from farm to fork. The World Bank calls on governments for greater investment, better regulatory frameworks and measures to encourage behaviour change in stakeholders throughout food supply chains.

At an individual level, the report identifies a number of small actions that can help increase the safety of our food:

What’s more, delivering safe food can translate into progress towards ending hunger, as only with safe diets can we achieve food and nutrition security. Better food management strategies can also translate into gains for the SDGs more generally: encourage sustainable agri-food practices; increase the competitiveness of farmers and thus strengthen their livelihoods; and support human capital development.