Between 6 – 17th November, climate change was placed at the heart of global diplomacy as politicians, UN agencies, NGOs and other actors gathered in Bonn, Germany, for COP23: The second ‘Conference of the Parties’ since the Paris agreement was signed in 2015.

The event marked the first set of negotiations since the US announced its desire to withdraw from the Paris deal. It was also the first ever COP to be hosted by a developing state with Fiji leading the event in Bonn.

It was an eventful and productive COP; More than 20 countries joined the alliance to phase out coal, pre 2020 actions were discussed and progress on developing the Paris rulebook was made. But what were the key takeaways for those working towards SDG2? We spoke to several Hub members to get their key highlights and how COP 23 would have an impact on their activities. Here’s what they had to say.

"Climate change puts millions of people in a vicious cycle of food insecurity, malnutrition and poverty. Yet, we must confront the harsh reality: we are not doing enough to deal with this immense threat.

Agriculture is where the fight against hunger and climate change come together to unlock solutions. It is not enough to only transform the way we produce food. Climate change mitigation and adaptation must be integrated into the entire food system: from production to transportation, from processing to food consumption, and in both rural and urban areas." 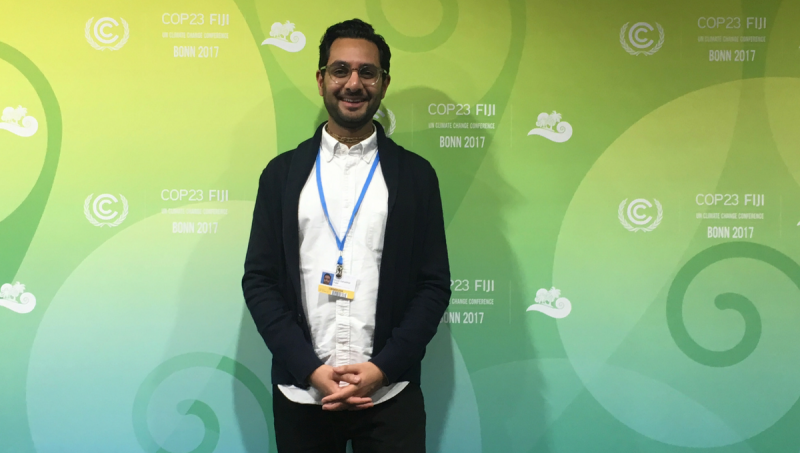 “With America signalling their desire to withdraw from the Paris Agreement, major natural disasters from hurricanes, wildfires and flooding in different parts of the world, and increasingly worrying data from climate scientists, there seemed to be increased urgency at the COP23 in Bonn.

On the side-lines of COP23, a new sustainable living initiative was launched by major faith groups. Recognising the increasing urgency to address the climate crisis, these faith traditions came together with a shared assertion that widespread sustainable behaviour change is required if global temperature rise is to meet the targets established by the Paris Climate Agreement.

Those present committed to addressing three lifestyle changes: adopting a plant-based diet, switching to renewable energy at places of worship and homes, and reduce travel by air.

For us at the Bhumi Project, this was a significant moment in the fight against climate change. Hindu leaders and communities across the world have long insisted that vegetarian and vegan lifestyles are vitally important in addressing climate change. From a climate perspective, the environmental impact of modern livestock production is well documented. It’s good to see that diet is now being taken seriously.”

“The way we produce, eat and waste food, is the single biggest driver of climate change in the world.

In addition to the environmental burden, the food system is also the biggest driver of ill health in the world, so we see it as a huge opportunity to talk about food in a positive way and to put forward solutions that not only help us de-carbonise our society and help us improve the environment, but also help us improve human health and therefore economic outcomes as well.”

“COP23, presided by Fiji this year, featured several advances in negotiations, in spite of being the first year the US attended after withdrawing earlier this year. There was a big push to phase-out coal and the Fiji Presidency featured the Gender Action Plan and the Local Communities and Indigenous Peoples Platform with the aim of sharing best practices. There were wide concerns, however, that developed countries have not yet done enough to meet their pre-2020 commitments, especially their financial commitments.

Civil society events, on the other hand, focused mainly on innovation and tech solutions to solve the climate crisis and on climate-induced migration, with several initiatives put forward by civil society and academics around the world. Climate-induced migration is particularly relevant given the current refugee crisis, but the lack of coordination between the Paris and Global Compact for Migration frameworks was noted.

There was a notable lack of connection between delegations and civil society, represented by the unusual distance that separated the two conference zones - fact widely noted by civil society as cause for lack of access and transparency.

One big absence from this year’s COP was the focus on children. While there were welcomed testimonies of Fijian children in high-level meetings, there was no real conversation on both sides on the specific effects that climate change threats pose to children and how adaptation and mitigation processes can address those. Worthy of highlight here is the event put together by the Children in Changing Climate Coalition (Save the Children, Unicef, Child Fund, Plan and World Vision) which highlighted the especially vulnerability of children to climate-related events and disasters and how a child rights approach is necessary when putting together national plans to tackle climate change effects.” 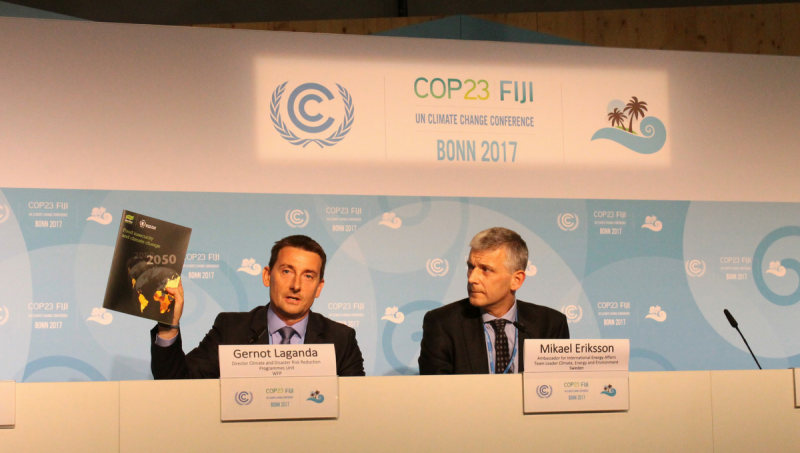 “Together with armed conflict, climate change is the gravest threat to our collective international efforts to achieve zero Hunger by 2030. We need to become better at managing climate risks so we can avoid repetitive patterns of crisis management in the wake of climate-related disasters. This means: More systematic analysis, more timely and predictable funding for risk reduction and risk transfer, and earlier preventive action after the first risk signals.

Our activities at COP23 have highlighted the World Food Programme (WFP)’s work in support of vulnerable and food insecure people to better manage climate risks and adapt to a more adverse and rapidly changing environment. We appreciate continued donor support for the Adaptation Fund (AF), which is one of the main funding sources in WFP to support governments on community-based adaptation activities, risk reserves and weather-based insurance.

We welcome the decision by parties to include agriculture more strongly and visibly in the international climate negotiations, and thereby increase the momentum behind low carbon, climate resilient food systems. We also welcome the strong interest by both donors and recipient countries in risk transfer mechanisms, which represent a cornerstone of many WFP adaptation projects around the world. The InsuResilience Global Partnership for Climate and Disaster Risk Finance and Insurance Solutions is expected to bring affordable insurance and safety net services to 400 million vulnerable people around the world, and we will be an active partner in this process. The Fiji Clearing House for Risk Transfer will connect vulnerable countries with the best available information on affordable insurance, which is an opportunity for WFP to share its knowledge in this space and disseminate know-how on forecast-based financing and weather index insurance.”

Find out more about the commitments made at COP23.