The most expensive plate of food in the world

Where would you expect to find the most expensive meal in the world? Perhaps London? New York? Maybe Dubai?

What if you knew that in South Sudan, it would cost you the equivalent of £125.61 simply to eat today?

In a new report, ‘Counting the beans: The cost of a plate of food around the world’, the World Food Programme has calculated how much a meal truly costs when you consider it as a percentage of a person’s average daily income – and how drastically this varies from country to country. 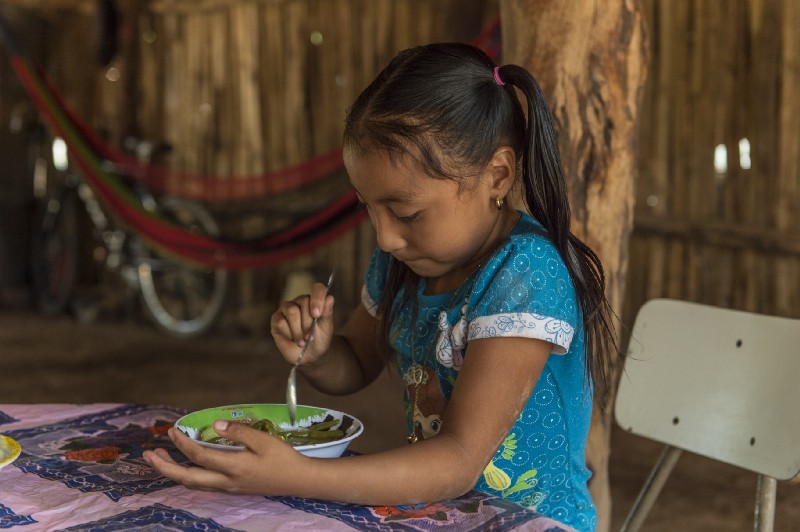 For example, in South Sudan, a simple plate of bean stew would account for 155% of a person’s income compared to New York, where a person could expect to dish out just 0.6% of their income on the same dish.

The report, which was supported by Mastercard, shines a light on the disparities that affect our world when it comes to basic nourishment. There are a number of reasons that food can become completely unaffordable depending on where you live: Failing food systems, broken supply chains, climate change, conflict and retail inefficiencies are just a few. 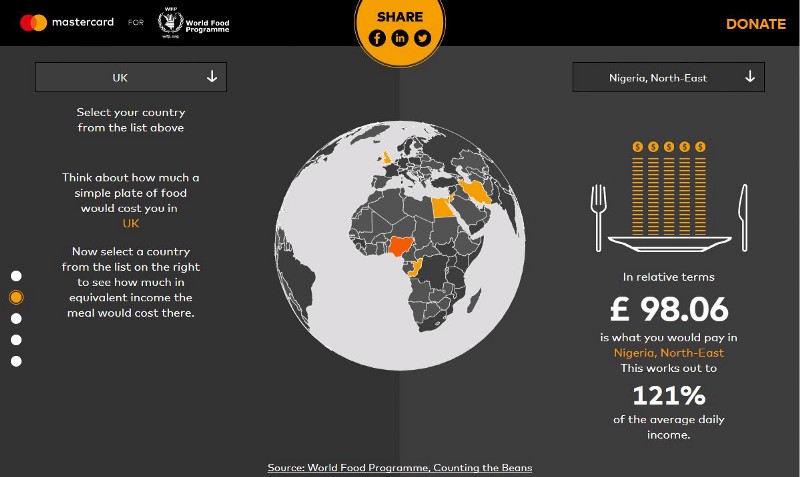 In richer countries, most people spend a much smaller portion of their income on feeding themselves, whereas in poorer and often conflict-affected countries, a basic meal is cripplingly expensive. This report tries to look at why, and how we can make changes to ensure that in time, we will all be able to afford to eat – no matter where we happen to live.

What can you do?

The SDG2 Advocacy Hub is trying to bring as many people to the table as possible when it comes to addressing these key issues – the ones that will ultimately help us make progress in defeating global hunger.

On World Food Day, Chef Arthur Potts-Dawson took to the cooking stage to demonstrate exactly what a bean stew could cost and why. Reports like this one are the fundamental reason the SDG2 Advocacy Hub has created a Chefs' Manifesto – led by Arthur and many others who believe that sustainable practices, fair farming and local produce can all play a part in turning this around.