Fighting hunger in the kitchen

The next batch of SDG2 Zero Hunger advocates is rising from the kitchen.

On April 6th, 30 public health students, faculty, and administrators crowded into New York University’s teaching kitchen to celebrate National Nutrition Month and commemorate the culmination of Public Health Week in the United States. Their mission? To create delicious, low cost, culturally appropriate meals that nourish vulnerable populations at risk of malnutrition. The twist? A surprise ingredient—spinach—that required them to modify their recipes to incorporate the nutritious leafy green into their tasty dishes. 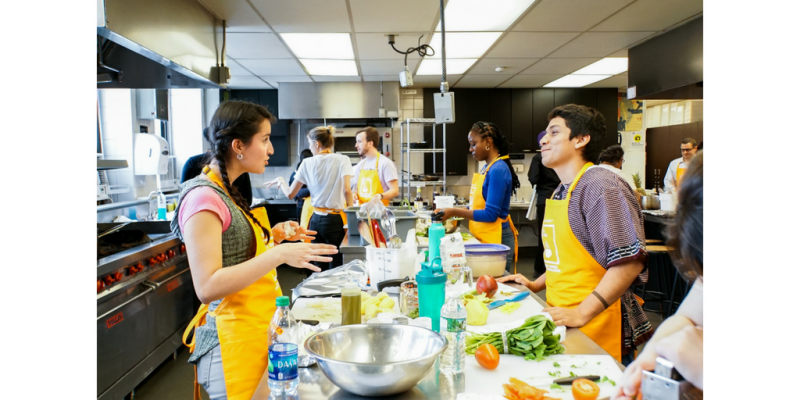 Like its predecessor, the 2018 Zero Hunger Cooking Challenge brought together five teams of students in an Iron Chef-style competition to create a menu based on a public health intervention they developed to improve the nutritional health of their selected population. The teams, representing Guatemala, Morocco, Philippines, Puerto Rico, and South Africa, whipped up their healthy, mouth-watering meals in the fast-paced kitchen environment and presented their dishes and nutrition intervention plans to a panel of judges that included an executive chef and experts in nutrition, community health, and global maternal and child health, and a standing-room only audience. The teams were judged on the taste, presentation, cost effectiveness, use of local ingredients, and cultural appropriateness of their dishes, in addition to the presentation of their nutrition intervention plans.

The winning team, South Africa, focused on children orphaned due to HIV/AIDS—in particular, child-headed households—in a country with the highest HIV prevalence in the world. More than 30% of children under five in South Africa are stunted, while  vitamin D deficiency and anemia affect roughly 20% of all school-age children.

To improve childhood nutrition, the South Africa team proposed an intervention that would deliver food education classes in schools to teach children the necessary skills to safely prepare and cook meals for their families. Using affordable, nutritious ingredients distributed to the schools, students could then prepare their meals at school or take the ingredients home to cook. The team created a menu of curry corn-on-the-cob, the South African staple mieliepap (maize porridge), beetroot salad, bredie (a chicken, bean, and vegetable stew), mango lubneh, and ginger beer using modified recipes of Nelson Mandela’s favorite dishes. 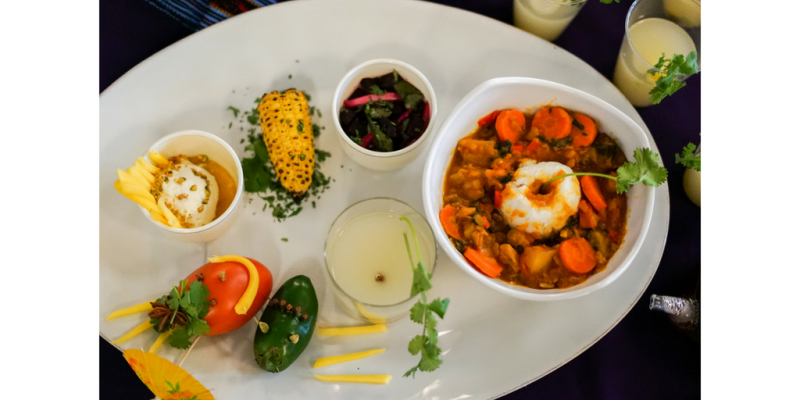 The competition encourages students to think critically about the intersection of agriculture, environment, health, nutrition, economics, culture, and food policy as well as the challenge of developing food programs to improve a population’s nutrition. Only with this understanding can solutions with the potential to increase food security and eradicate world hunger be developed. The event’s organizer, Dr. Niyati Parekh, director of public health nutrition for the school, says the event feeds her soul while also bringing awareness to the cause of ending hunger. “Students learn how to collaborate and complement each other’s organizational and kitchen skills and put into practice classroom knowledge,” she said. 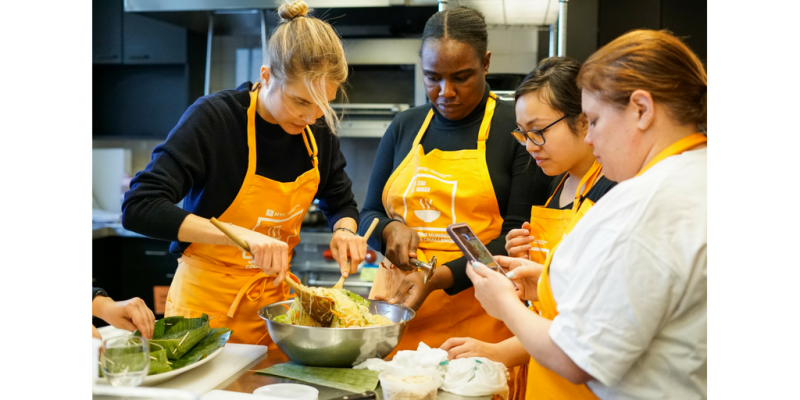 The event has quickly become a favorite with its unique, hands-on approach to building a community of nutrition advocates. The event also served as a launch pad for the World Food Programme’s #recipefordisaster campaign among the NYU community, highlighting world hunger by raising consciousness about the foods we take for granted in our own homes.

About Nutrition Without Borders

Founded at New York University in response to the World Food Programme’s Counting the Beans exhibit, Nutrition Without Borders is a student-led organization on a mission to increase student involvement in domestic and global public health nutrition issues through advocacy, research, volunteering, and outreach.