While Peru is on track to become the first country to achieve zero hunger worldwide, issues such as stunting, anaemia and obesity are proving to be stumbling blocks.

The country is a good example of the many complexities faced when it comes to the double burden of nutrition, and now they are leading the way with an innovative new approach, championed by the World Food Programme (WFP) Peru, to tackle the issues that affect the most marginalised within the country. 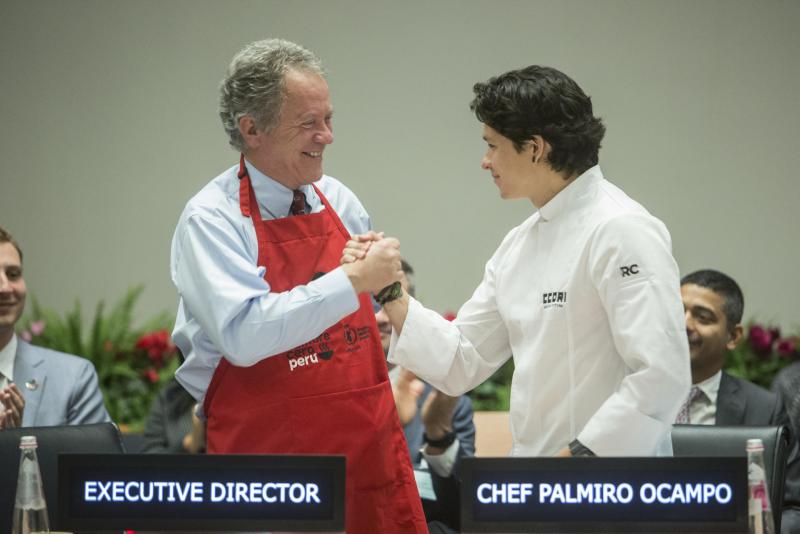 The breakthrough in this new approach has been a recognition that all sectors must be involved when it comes to finding a solution – including chefs, civil society, the private sector, NGOs, the government – and now, the media.

“National level policies were only getting us so far” said WFP’s Peru Country Director, Carmen Burbano. “Stunting had been lowered to 13% but to really reach the people that had been left behind, we needed to regional-specific policies and a new approach.”

WFP facilitated a political analysis to find out why Peru, a middle income country that had made such strides towards tackling hunger, was still facing extreme problems with anaemia and under-nutrition. 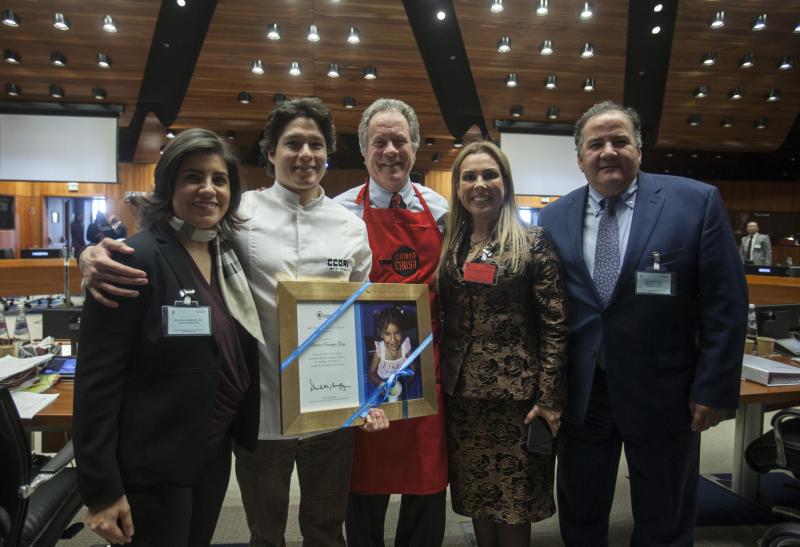 “Anaemia is a big problem,” said Burbano. “50% of children under 3 have anaemia in Peru. At the same time, over 50% of children in Lima are overweight or obese. We needed to create a sense of urgency – we wanted to place the issue of hunger as a priority in decision making processes.”

To do this, WFP had to understand what these processes were and who influenced them. They also found that to tackle the issue, they needed a number of different sectors to become involved and work together. Chefs were identified as crucial to this conversation because they are celebrities in Peru and could hugely influence public thought and catch the attention of the media. 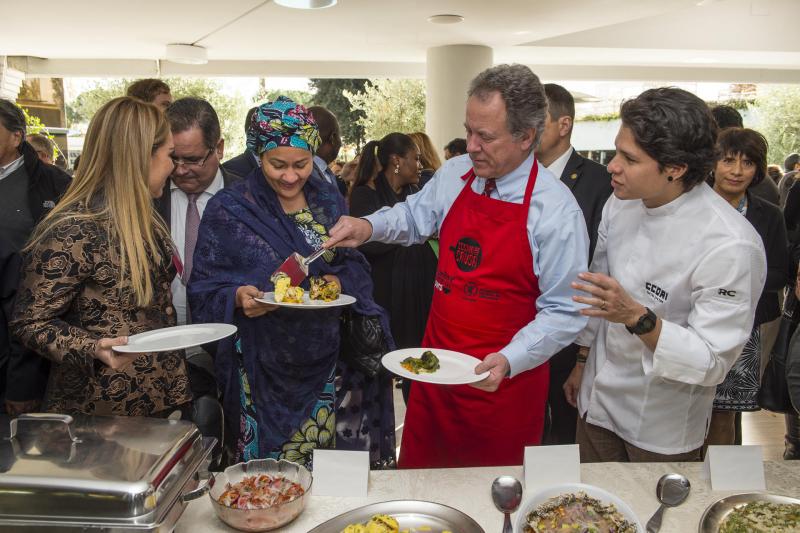 “We knew the media could help set the national conversation on hunger” said Burbano. And she was right: Cocina Con Causa – a show with the potential to reach over 90% of Peruvian households – is now bringing these hunger issues into the public conscience each and every week. The idea is simple and effective – each week a different celebrity chef helps to tackle a particular issue by living with a family and teaching them better nutritional practices. And it doesn’t end there - the chef then visits a different region and works with the community on recipes that address some of the crucial issues – in particular obesity and anaemia in children and adolescents.

Listen to Carmen Burbano explain more about the show, and how it came about – and the effect it is having towards tackling nutrition issues in the country. Could this country’s model be one for all of us to consider?