The musical artists will stand together with activists, music fans, and millions of Global Citizens across the globe to call on world leaders to fulfill their obligation to achieve the United Nations Global Goals for Sustainable Development and end extreme poverty by 2030.

This festival is part of GC’s Be the Generation Campaign- a series of global events honouring the life and legacy of Nelson Mandela in his centenary year. Mandela 100is the crowning event, taking place on Dec 2 in Johannesburg, South Africa, that will gather world leaders to make commitments to deliver Nelson Mandela’s dream of ending extreme poverty. 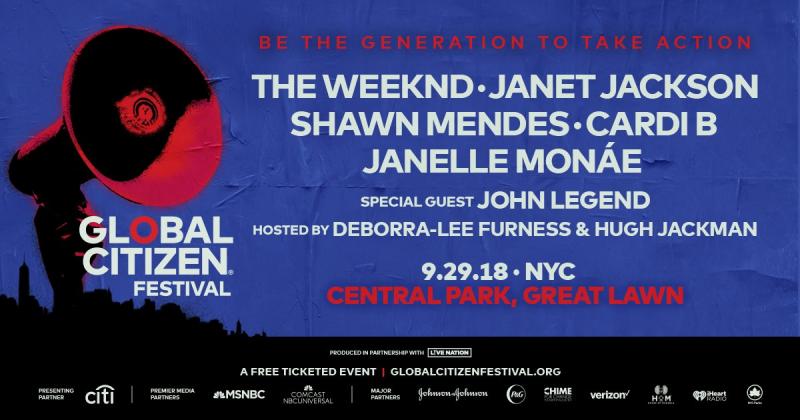