The Convention on Biodiversity acknowledges the fact that biodiversity is affected by climate change, and that biodiversity, through the ecosystem services it supports, also makes an important contribution to both climate-change mitigation and adaptation.  In addition, the Intergovernmental Panel on Climate Change (IPCC) has, in connection with its 5th Assessment Report (AR5), recognized the fact that without adaptation, further changes in climate, atmospheric carbon dioxide (CO2), and ocean acidity are projected to have substantial impacts on water resources, coastal ecosystems, infrastructure, health, agriculture, and biodiversity.

At present, many individual governments, financial Institutes  and international donors are currently spending billions of dollars in projects around climate change and biodiversity, but with little coordination. Quite often, the  emphasis is on adaptation efforts, with little emphasis on the connections between physio-ecological changes and the life cycles and metabolisms of fauna and flora, or the influence of poor governance on biodiversity. There is therefore a perceived need to not only better understand the impacts of climate change on biodiversity,  but to also identify, test and implement measures aimed at managing the many risks climate change poses to fauna, flora and micro organisms. In particular, the question as to how better restore and protect ecosystems from the impact of climate change also has to be urgently addressed.

It is in order to address this need that the World Symposium on Climate Change and Biodiversity (WSCCB-2018) is being organized by the International Climate Change Information Programme (ICCIP),  the Research and Transfer Centre “Sustainable Development and Climate Change Management” of the Hamburg University of Applied Sciences (Germany) and Manchester Metropolitan University (UK), in collaboration with a set of organisations. The Symposium will be a truly interdisciplinary event, mobilizing scholars, social movements, practitioners and members of governmental agencies, undertaking research and/or executing projects on climate change and biodiversity across the world. 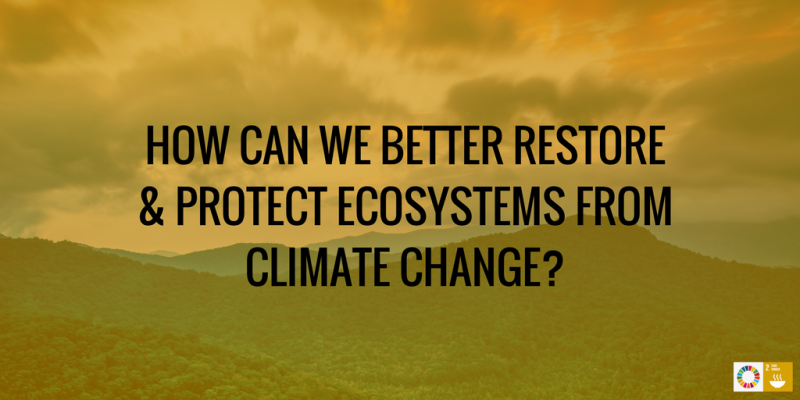 Suggested tweet: Although impacted by #climatechange, #biodiversity is an important part of #ClimateAction. World Symposium on Climate change & Biodiversity will discuss how to protect world's wildlife https://bit.ly/2iHgH66 #FoodIsLife