My first 100 days @GAIN and beyond

Reflections of a new communications lead

Malnutrition in the humanitarian vs. development contexts

My first exposure to the effects of malnutrition occurred in 1999 in central war-torn Angola. Due to the armed conflict, hundreds of thousands of internally displaced people (IDPs) were fleeing their homes and hunkering down in various camps huddled around the outskirts of the main town.

Food was available but at such an exorbitant price that only few could afford it. People had nothing to barter with in exchange for food. Adults and children alike were visibly suffering from severe rates of malnutrition. We tended to the most vulnerable among them—badly malnourished children. The situation was comparable to major disasters such as the 1995 famine in Ethiopia. During that time, we conducted a four-day nutrition survey. We were overwhelmed.

Those were dark days, but they taught me something valuable and that is this: Food represents the very matrix of life. The availability or lack thereof, not only makes the difference between life or death, but of whether entire populations will thrive or survive. It puts me in mind of today’s ‘forgotten famines’—Yemen and South Sudan to name only two. This experience is anchored in the humanitarian context where solutions only reside in the realm of politics.

There is another side to malnutrition or the “hidden hunger” that is manifested in normal settings or what we call in the “development” context. Today, more than 690 million people go hungry every single year, with a minimum of 83 to 132 million more due to the economic impact of COVID-19 pandemic. An additional two billion people eat enough to fill their bellies, but their diets don’t include the right foods needed for healthy living. The same UN report shows that over 3 billion people cannot afford healthy diets and here is where the Global Alliance for Improved Nutrition —otherwise known as GAIN — comes in.

What lies behind the numbers is what matters

Our job as communicators working for GAIN is to help the world see how we can bridge the gaps in food systems and nutrition, as well as highlighting the practical decisions necessary to create a healthier world and considerably reduce the numbers highlighted above. To contribute to that, we do need to be creative.

Buried under all those numbers lies an unfolding human drama: Data tells stories. People often go numb when presented with statistics, but when we hear the stories of real human beings that we can relate to, we perk up and want more. We are more likely to care—and to support action to change things. My goal is to bring such stories to the fore: Compelling narratives that speak to people— that are authentic, inspirational, credible, evidence-based and people-centred. Needless to say, journalistic standards around storytelling and accuracy are critical here. 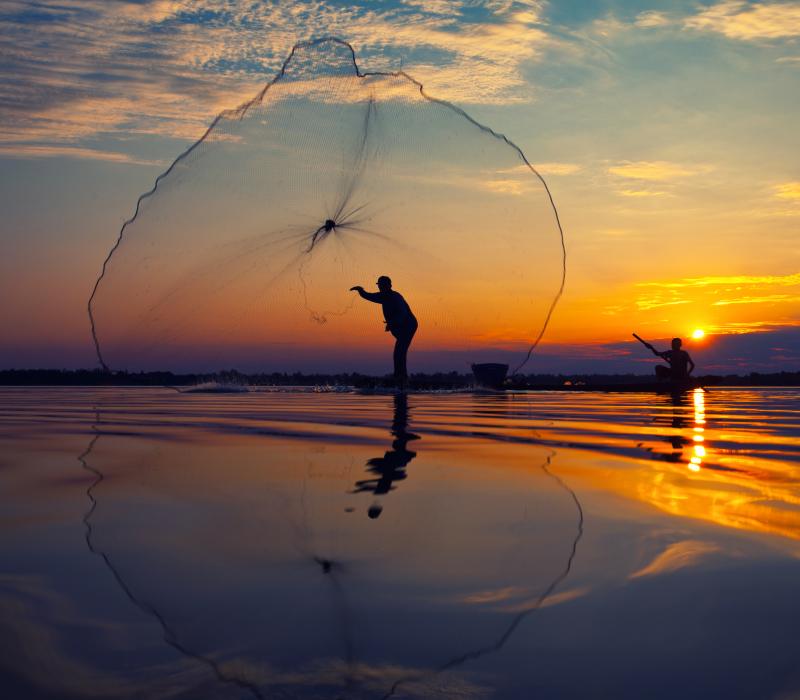 Thus far, my exciting journey with GAIN involved an array of communications activities such as the launch of a food system Dashboard—a database like no other—which is designed to help governments to transform food systems. It has also involved creating a buzz about a commentary to The Lancet via the “Standing Together for Nutrition initiative” and addressing the dire need for US$2.4 billion to increase coverage of preventative nutrition services and to tackle the steep uptick in acute child malnutrition due to COVID-19. We have also celebrated and highlighted the importance of SMEs; youth and nutrition on their international days; co-organized FAO-GAIN Virtual Roundtables "Everyone Around the Table: Private Sector on Healthy Diets”; launched our series of webinars on EatSafe; created new webpages on our response to COVID19,  all the while trying to build a stronger communications team at the global and country levels, and much more.

Building a strategic advocacy and communications roadmap towards 2021

Next year will see two major milestones: The Food Systems Summit and The Nutrition for Growth.

The first is not only to raise awareness of the impact of climate change, but also to persuade governments to commit to transform food systems to resolve hunger and diet-related disease. Its aim? To repair the food system so that it is optimized for resilience and nutrition—and not only efficiency.

The second is designed to mobilise commitments from all – governments, donors, business, and civil society to tackle malnutrition. Much like the replenishment exercise that GAVI and The Global Fund undertake every five years, GAIN is also hoping that the N4G will scale up global actions to maintain elimination of malnutrition.

We need to work together with our partners to build strategic communications and advocacy in a bid to meet those milestones.

Today, with the COVID-19 pandemic and its knock-on impact on hunger, we are concerned by the lack of urgency surrounding the rising malnutrition rates. According to the latest numbers, by the end of 2020, an additional 6.7 million children will be badly malnourished, and nearly 130,000 children under the age of five will die due to reduced nutrition services.

This data is only the tip of the iceberg. More than ever, we need global and government leaders to get serious about combatting malnutrition. We know that there are solutions. We need to ‘hammer the bright note’—that the twin scourges of hunger and obesity can be addressed. They can be mitigated. We need to show the world what doesn’t work—and what does and get on with actions to deliver results.

By Sadia Kaenzig, Head of Communications at the Global Alliance for Improved Nutrition.

Sadia assumed her current function with GAIN in May 2020 where she oversees communications with a sharp focus on relationship building. She is an expert in public and crisis communications, media relations, advocacy, and digital marketing to position and advance organisational priorities.

Sadia started her career in 1997 as a United Nations (UN) Volunteer to the UN refugee agency and then moved to the International Committee of the Red Cross in 1998 where she remained for 10 years, working in multiple positions as polyvalent delegate, head of office, head of sub-delegation, and communications lead. In 2007, she moved back to Geneva where she worked for Drugs for Neglected Diseases initiative, the International Federation of the Red Cross, UNI Global Union, and her most recent post before joining GAIN for the last 6 years was in the biopharma trade association, IFPMA. In all these positions, Sadia was namely advising and managing their respective communications portfolio.